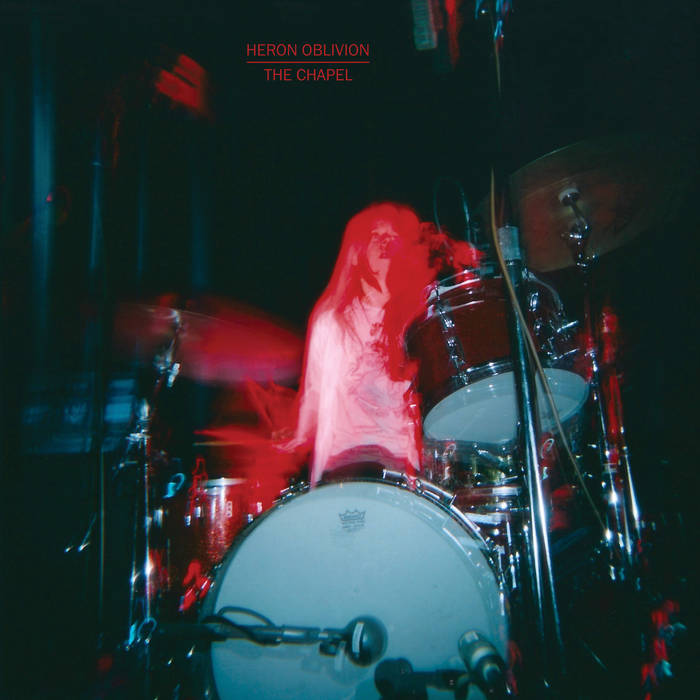 ‘The Chapel’ was recorded live to tape on Tascam 388 at the Chapel in San Francisco on January 27th, 2017, capturing Heron Oblivion at peak stage powers and bookending nearly a year of performance and touring in support of their critically acclaimed self-titled debut for Sub Pop Records.

‘The Chapel’ is a 51 minute set featuring performances of 6 songs from their debut album and two new and previously unreleased tracks, including a smoldering 8 minute cover version of Doug Sahm’s ‘At The Crossroads.’

Engineers Chris Woodhouse (Thee Oh Sees, Fuzz) and Eric Bauer (Ty Segall, Heron Oblivion, White Fence) strike a perfect balance of bootleg in-the-red rawness and multi-track vintage analog fidelity to create a unique piece that Heron Oblivion fans will surely find essential as the band closes the first chapter and heads toward a new one and their second studio album for Sub Pop. ‘The Chapel’ is self-released by the band on limited edition vinyl (1000 copies) and digital only.

Bandcamp Daily  your guide to the world of Bandcamp